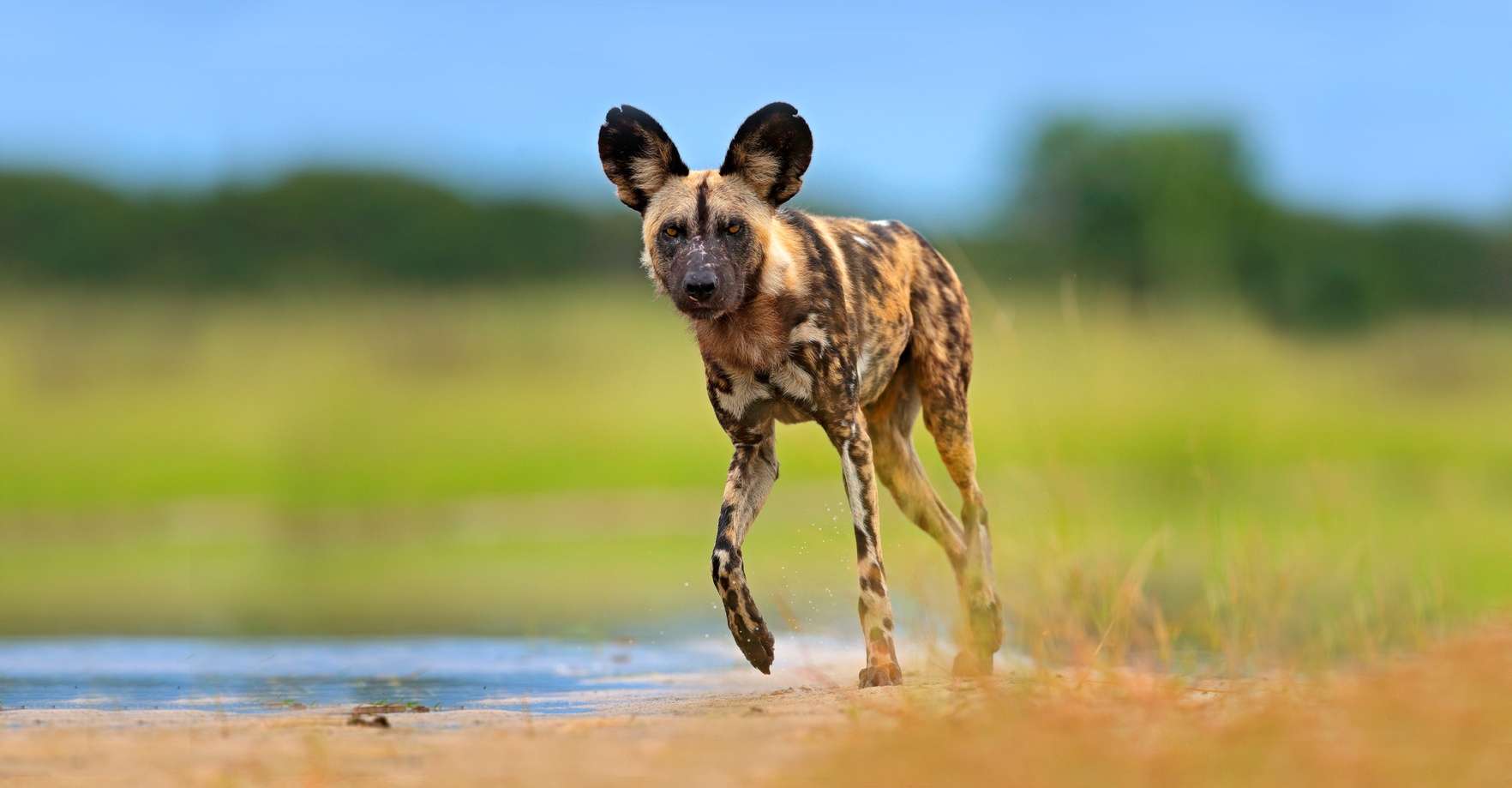 Day 1: Maun, Botswana/Makgadikgadi Pans National Park
On arrival in Maun, our expedition leader meets us at the airport before our overland transfer to Makgadikgadi Pans. We will then settle into our classic tented safari camp overlooking the Boteti River in the Kalahari Desert—360,000 square miles of sandy, semi-arid savanna that sustains a proliferation of wildlife. Following afternoon tea, we will take a private boat cruise (water levels permitting) or watch wildlife from a floating hide where we often view scores of elephants at close range. The river is a lifeline flowing through these parched environs, and it attracts Africa’s second-largest zebra and wildebeest migration. It's common to see lounging crocodiles—our camp's namesake. And we frequently see other animals stopping for a drink in front of camp, too, including oryx, springbok, Kalahari lions, cheetahs, hyenas, jackas, and ostriches.

Day 2: Makgadikgadi Pans National Park
Explore the park's western reaches by 4x4, where a multitude of wildlife ranges across a landscape of scrub, palms, riverine trees, and grassy plains. Within the Kalahari Desert, the immense Makgadikgadi salt pans are an otherworldly landscape traversed by zebras, giraffes, springbok, gemsbok, wildebeest, and more. Both greater and lesser flamingos flock to this expanse when tiny shrimp and other dormant crustaceans are released from the salty crust during rainy seasons. Above all, this is a rare experience of remote isolation. We also explore on foot with local Kalahari bushmen, who reveal as much about their Indigenous culture as the native plants and wildlife we observe. At day’s end, we return to camp for dinner under the stars, followed by time for sharing stories around the fire.

Day 3: Makgadikgadi Pans/Northern Okavango Delta—Nat Hab Expedition Camp
After a leisurely breakfast, we drive back to the airport in Maun, then fly by light aircraft to our mobile camp in the northern Okavango Delta. The delta has grown over millennia as millions of tons of sand have been carried down the Okavango River from its source in Angola. The shimmering emerald landscape creates a verdant contrast with the surrounding desert, as the river fans out over the Kalahari sands to create the world's largest inland delta—5,800 square miles of swampy marsh, clear channels, lagoons, and islands. A planetary marvel, its meandering waterways are filled with hippos, crocodiles, red lechwe, wattled cranes, and much more. In 2014, the Okavango Delta became the 1,000th destination to be officially inscribed on the UNESCO list of World Heritage Sites. From our authentic bush camp base in the heart of this vast wilderness, we’re in prime position to encounter lions, leopards, cheetahs, elephants, hippos, and much more.

Days 4 and 5: Northern Okavango Delta
Embrace the natural rhythms of the delta's varied habitats as we explore via 4x4 wildlife drives, bush walks, and excursions by mokoro, the traditional poled canoe of the delta. Within this unspoiled watery expanse in the heart of Southern Africa's interior, surprise encounters with nature await at every turn. Wake to the call of an African fish eagle before setting off into a labyrinth of lush palm- and papyrus-fringed waterways. After the sun dips and the Milky Way takes over the sky, fall asleep to the sounds of the bush, with nothing but a layer of canvas between you and the African wild.

Day 6: Northern Okavango/Khwai Private Reserve
After a leisurely morning at our mobile camp, we fly at midday to the private Khwai Concession. This massive wildlife sanctuary bordering the famous Moremi Game Reserve is a community-owned concession encompassing riverine woodlands, floodplains, mopane forest, and open grasslands. The Khwai River is a lifeline for the region, and elephants abound. We're likely to see waterbucks, reedbucks, and many antelope species, including the water-adapted red lechwe, along with lions, leopards, and spotted hyenas. Khwai's varied habitats also support the majestic sable antelope and less frequently spotted rhinos and wild dogs. In addition, more than 450 bird species have been recorded in the area.

Days 7 and 8: Khwai Private Reserve
Private game reserves managed by local communities protect threatened species and keep wildlife corridors intact, opening our passage into an unbroken sanctuary of marshes, sand-covered plains, and acacia and mopane forest. Explore Khwai's vast territory on morning and afternoon wildlife drives, walking safaris led by local guides, and mokoro (when water levels permit). This serene time on the water gives local polers a chance to share their deep knowledge of this ecosystem and how it has sustained their people for generations. Wildlife abounds, including elephants, buffalos, herds of plains wildlife, and countless bird species. Khwai's community-based concession has been a conservation triumph, bridging safari tourism with Khwai village life and enhancing economic stability for the local people.

Day 9: Khwai Private Reserve/Maun
Make a final quest for wildlife during a drive on the Khwai Reserve this morning, or spend the morning hours viewing wildlife around our tranquil camp. By late morning, we fly back to Maun by light aircraft to connect with onward flights.