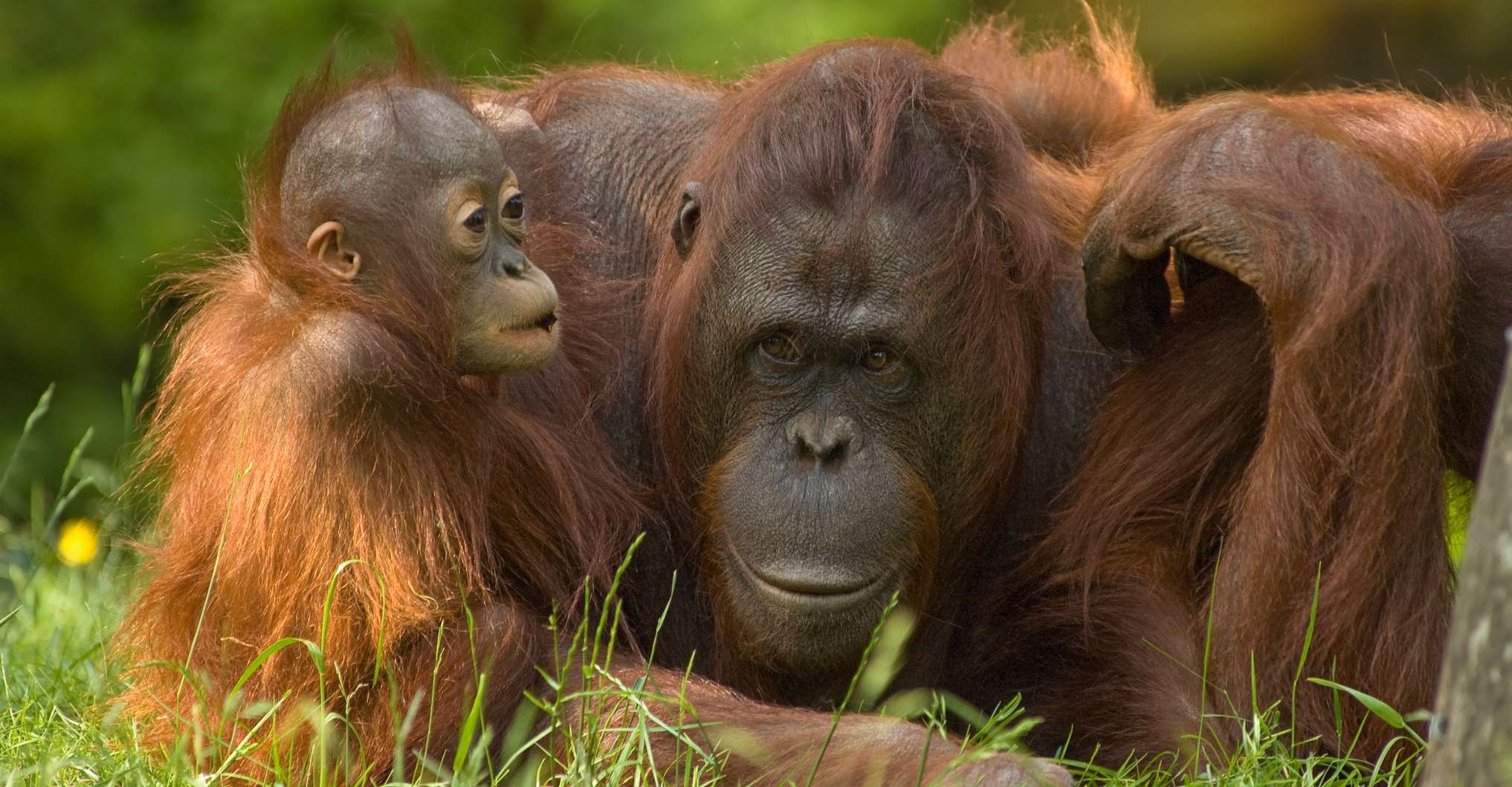 Our adventure begins in Kuching, the capital of the East Malaysian state of Sarawak and the largest city on the island of Borneo. Kuching is one of the most multicultural cities in Malaysia, melding Chinese, Malay, Indian and Indonesian cultural groups and languages. Transfer to our boutique hotel in the city center and have lunch, then visit Semenggoh Orangutan Center to observe the afternoon feeding. The center was established in 1975 to care for wild animals found injured or orphaned in the forest, or ones that were previously kept as illegal pets. Since its founding, the center has cared for more than 1,000 animals, and its orangutan rehabilitation mission has been so successful that the surrounding reserve has now reached its carrying capacity. While rehabilitation continues elsewhere, today Semenggoh focuses on the study of orangutan biology and behavior while providing a safe and natural haven for dozens of semi-wild orangutans that are graduates of the rehab program. It is also home to numerous babies, born in the wild to rehabilitated mothers, a further testament to the program's success. This evening, learn more about the adventures to come at a welcome dinner with our Host and Expedition Leader.

Embark on a short boat ride this morning to Bako National Park, reachable only by sea on the tip of a peninsula where the Bako and Kuching rivers meet. Millions of years of erosion have carved the sandstone cliffs and rocky headlands into fantastically shaped arches and sea stacks, striated with colored layers formed by iron deposits. White sandy beaches edge the coast below, while inland, the compact reserve abounds with wildlife. Look for proboscis monkeys in the trees, along with long-tailed macaques, silvered leaf monkeys and numerous tropical bird species. A walk along the lush mangrove trails may also reveal smooth-coated otters and Bornean bearded pigs. Though Bako is one of the smallest national parks in Sarawak, its multiple biomes harbor a great diversity of species. We’ll explore rain forest, jungle streams, waterfalls and secluded beaches along a network of trails before returning to Kuching.

This morning, fly to Sandakan, Sabah. Our destination is the Kabili-Sepilok Forest Reserve, home to endangered orangutans. The 10,000-acre protected area, named for the two main rivers that flow through it, comprises tropical highland forest, sandstone ridges and lowland mangrove swamp. In addition to orangutans, search the forest for gibbons, macaques, mouse deer, wild boar and bright-colored kingfishers. We stay on the very edge of the reserve surrounded by huge trees and lush tropical plants. This evening, head into the forest on a guided night walk to hear and see an array of nocturnal creatures.

Make two visits today to Sepilok Orangutan Rehabilitation Center, established in 1964 to protect orphaned baby orangutans and rehabilitate them for return to the wild. We go early for the orangutans' morning feeding, then return for their afternoon feeding. Most orphans were seized from illegal captivity after having been taken from their mothers as infants to be kept as pets. Staff help them learn basic survival skills such as how to find food, build nests and climb trees. The center also aids adults that have sustained injuries or require medical care before being returned to their natural habitat. Since the center was established, more than 100 orangutans have been successfully released. Its mission has grown to include research, conservation education and support for other endangered species, including captive breeding of rare and endangered rhinos. During our visit we'll see orangutans up close, learn about the rehabilitation process, and hike on boardwalks through the rain forest as we watch youngsters swing from vines to feeding areas where they receive their daily fruit and milk. Keep an eye out, too, for long- and pig-tailed macaques leaping through the treetops.

We also visit the Bornean Sun Bear Conservation Center. Founded in 2008, the center provides care, rehabilitation and release of orphaned and captive sun bears, and increases awareness about the plight of this little-known bear. We have a private tour of the center—either with founder Wong Siew Te, whom CNN lauded as a Hero of 2017, calling him a “Superman saving the sun bears of Malaysia,” or one of his close conservation colleagues. The Malayan sun bear, found only in Southeast Asia, is the world’s smallest bear species. While Borneo remains a stronghold for this vulnerable animal, it is seriously threatened if not extinct in many areas of mainland Asia, where forest destruction and poaching have dramatically reduced its numbers.

Labuk Bay Proboscis Monkey Sanctuary is a coastal mangrove reserve that offers a close-up view of these leaping primates named for their large, fleshy noses—and which are found nowhere outside Borneo. Then we board a speedboat to Selingan Turtle Island, one in a group of uninhabited islands in the Sulu Sea. As one of three main turtle nesting sites in Borneo, Selingan's long beaches and mangroves are protected habitat for endangered green sea turtles pushed to the brink of extinction by trawling, coastal development and consumption. The island is the site of Malaysia's first sea turtle hatchery, established in 1966. Enjoy a relaxing afternoon of birdwatching or snorkeling in the warm turquoise waters. This evening, alongside rangers who patrol the beach, we observe turtles swimming ashore to lay their eggs, and we may see tiny hatchlings as they are released into the sea. Eventually we retire to our simple chalets—the only accommodations on the island—knowing we are among very few visitors to have this rare opportunity.

Depart by boat for the dense mangrove forests of Kinabatangan Wildlife Sanctuary. The Kinabatangan River at the center of the reserve is the longest river in Sabah, providing a lifeline for inhabitants of this vital ecosystem. The sanctuary is home to one of the highest wildlife concentrations in Southeast Asia. Lush vegetation provides camouflage for many species, but we'll hope to see plenty of the wild residents including the elusive wild orangutan, proboscis and leaf monkeys, gibbon, macaque, pygmy elephant, wild boar, otter, river crocodile, monitor lizard and a great array of birdlife—rhinoceros hornbill and kingfisher are common sightings. Since palm oil plantations surround the reserve on all sides, it provides especially critical habitat for these species threatened by habitat loss.

Our remote jungle lodge along the riverbank is inaccessible by road, offering exceptional privacy and solitude. Take guided nature walks in the surrounding rain forest and cruise up the Kinabatangan River by day and at dusk to view and hear nocturnal creatures such as crocodiles and night birds. There are no villages for miles, and the only human presence is a few local shrimp fishermen on the river, whose catch often provides a fresh dinner at the lodge.

Depart Kinabatangan by boat, with a last chance to look for wildlife along the river during our 90-minute journey. Once we reach Sukau, we continue by logging road to the nearest town, Lahad Datu, then on to Borneo Rainforest Lodge within the Danum Valley. Danum Valley Conservation Area is Sabah's largest area of undisturbed lowland forest, with more than 200 species of trees that tower to 160 feet. This spectacular tract of ancient primary rain forest holds exceptional status. Before it received full protection in 1995, there were no human settlements within the area, meaning that hunting, logging and other human activities had not disturbed the habitat. Danum Valley is one of the planet's most complex ecosystems, containing an astoundingly diverse array of flora and fauna, including clouded leopard, orangutan and proboscis monkeys. Amid dense vegetation, follow elevated walkways through the canopy and hike a network of trails that surrounds the secluded lodge. On night drives in open safari vehicles, watch and listen to the rain forest’s inhabitants become animated after dusk.

This morning, enjoy an easy nature hike or birdwatching on the canopy walkway before we depart. Here in the treetops we may spy great slaty woodpeckers, black-and-red broadbills and giant pittas among a multitude of species. Then transfer by road to Lahad Datu, where we depart by plane for Kota Kinabalu, capital of Malaysia’s Sabah state in the northern part of Borneo. This coastal city, partly surrounded by rain forest, is known for its classic markets, modern boardwalk, beaches and lively waterfront. Our Borneo adventure comes to a close this evening with a farewell dinner.

Transfer to the airport this morning for homeward flights.